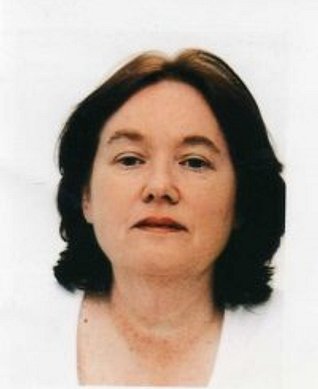 Maureen Adele McCue was born in Manhattan, NY. She lived for many years in London and currently lives both in Andalucia, Spain and Corwall, UK.

UK
Course Leader of MA Video at Middlesex University, London from 1999—2006. This was a course that attracted international students for an intensive one year programme of filmmaking and essay writing using the UK art college tradition of enquiry via learning through project work and analysis. She also taught screenwriting from 1992—2006.

Public Funds
She has written, produced and directed short and feature length dramas and short documentaries for over 25 years. She founded the London Film and Video Fund in 1977 to help young filmmakers via Greater London Arts (GLA). The fund attracted both private sponsorship of individual films and public funding via the British Film Institute BFI). It has lasted to this day apart from a short break. She was one of the players responsible for restarting the fund in 1992 as CEO of the London Film and Video Development Agency. The fund attracts money from private television stations and government funding via the BFI. During her nine-year tenure at GLA, she Executive Produced more than fifty short films, twelve of which were sold to Channel 4 in Britain at its inception. Two films received the Grierson award for the best documentary.

Training /Corporate Films
She was Head of Film Production for Rank Training Films and produced several award winning dramas at Pinewood Studios. These films used professional actors and were well financed. She produced and wrote several awards winning corporate videos, mainly drama for various companies. She worked at Melrose Films as a Producer and Blackrod as a Senior Producer as well as producing freelance.

Feature Films
Producer of Terence Davies “Death and Transfiguration”, black and white, 30 minutes, GB, 1982, part  three of the “Terence Davies Trilogy” exhibited as a feature film and starring Wilfred Bramble. It was shown on UK television and in the cinema. Executive Producer/main fundraiser of feature “The Long Day Closes” directed by Terence Davies, 1992.

Art Galleries UK and Europe
Writer/Director/Producer of several documentaries for UK art galleries in the 1990’s and after 2000. The most notable is “Duende Divino”, colour, 10 minutes, GB, 2005, Spanish and English versions. The subject is the ‘sublime’ and shows the relationship between landscape, film and poetry. This is a visualisation of three Spanish poems using modern dance with flamenco influences and an especially composed soundtrack based on Medieval Arabic Music from Seville specially composed to picture by the Italian, Gabriel Nuzzoli and the Brazilian, Pedro Brandao. The poems are some stanzas from Federico Garcia Lorca’s “Romance Somnambulo”, “La Gitanilla” by Miguel Cervantes Saavedra and “Galerias” by Antonio Machado. The guitar music was played by the Brazilian, Pedro Brandao; Javier Fernandez of Catalonia, Spain, read the poetry in Spanish and English. The choreographer/dancer was the American, Hilary Preston. It was filmed in Malaga Province, Spain. Shown at Canning House, London and to be shown at La Casa Invisible in Malaga in 2007.

Another film about the ‘sublime’ is “The Third Narrative”, colour, 20 minutes, GB  2003. It shows the relationship between landscape, painting and film. The film relates those aspects of Greek mythology which show the steps for inspiration to women artists. It concludes that for women the landscape can be within. Filmed in Cornwall, UK, it shows the work of the painter Partou Zia Cook and relates it to the unique Bronze Age and post-industrial landscape via poetry and dance. Music by Gabriel Nuzzoli, choreography/dancing by Hilary Preston and Dominique Rivoal. Poetry read by Maureen McCue.

Other videos for Art galleries include:

“Utopia”, 1995, a half hour colour documentary about Sidney Gardens in Bath. It was made as part of a public debate on the future of gardens in the millennia. Exhibited at the Holborne and Victoria Art Galleries in Bath.

“Gathering Dusk”, 1997, a fifteen minute  colour documentary on the new meaning of what it means to be British. Shown at the Falmouth Art Gallery. Italian and English versions.

“Image of an Image of Yourself”, 1975, a forty minute black and white production about the nature of female sensuality. Shown at the first ground breaking UK non broadcast video exhibition at the Serpentine Gallery, 1975.

USA Documentaries
As an independent filmmaker she has several American documentary films to her credit. “Fine Times at Our House”, colour, 1972, 30 minutes, USA, which forms chapter 4 of "Across the Yew Pines, Descendants of the Frontier". a compilation spanning many years of the music of the Hammons Family produced by Dwight Diller, claw hammer banjoist in 2014 and available from the Smithsonian Institute, Washington, DC. The documentary features Maggie who sings medieval Childe ballads acapella, old timey songs and plays used fiddlesticks, Old Man Lee who makes dulcimers and plays the banjo, Burl who plays the fiddle and Sherman, also a banjo player. It also features an up and coming banjo star, D-wight Diller, picking up tips from the master, Lee. There is a 16mm print at the Folk section of the Smithsonian Institute in Washington, DC. Rounder Records recorded the Hammons family later in the 1970’s Album: “Shaking Down the Acorns”).

Also produced in the USA “Genesis 3; 16” black and white, 1971, 20 minutes USA. The title comes from the Old Testament “in pain thou shall bring forth children and thou desireth thy husband but he shall rule over thee” and used by the witches guerrilla street theatre. It is a documentary on the women’s movement and feminism in Boston in 1971. It includes the witch’s guerrilla street theatre (only known footage), two women’s communes (one gay), a women’s conscious raising group, and karate training. A DVD copy of the film is lodged with the Schlesinger Library at Harvard University who are delighted with the acquisition. A DVD copy was also sent on request to Fawcett Library at East London University in 2006. The Northampton Women’s Cooperative distributed the film for many years. In 2018 Genesis 3:16 was shown several times for International Women's Day at Cinema of Portland University, Portland, Oregon

Another American documentary, “Hidden Heritage” is a two part series on black American Fine Art, colour, 52 minutes, GB 1989 financed by The Arts Council of Great Britain and Channel 4 UK, distributed in the USA. The film can be found online via Arts Council of England website

The film tells the story of the struggle and achievements of black American painters from the time of the American Revolution up until the Harlem Renaissance. The film is narrated by the acknowledged expert in this field Dr David Driskell former Professor, History of Art at University of Maryland. Filmed on location in Milledgeville, Georgia, College Park, Md. and New York City. The film was opened in New York at the Langston Hughes Theater in the Shomberg Centre (the first film ever shown) in Harlem, NY in 1990 by Bill Cosby. The film was written and produced by Maureen McCue and directed by Andrew Piddington. It was shown on Channel 4 UK and gets many booking during black history month in the USA.

The idea of the film emerged when the producer found a catalogue by the academic David Driskell and found him teaching as a professor of black American painting at the University of Maryland. It begins at the American Revolution and continues until the end of the Harlem Renaissance. The film is set against the social background of the times and the segregation faced by the painters. Starting with the Joshua Johnson’s sadly titled self portrait “Portrait of an Unknown Man” which reveals the inner conflict of the ‘high yellers’, it includes the works of  Patrick Reason, Henry O Tanner, William H Johnson, Archibald Motley, and Palmer Hayden. It uses the leitmotif of the four murals by Aaron Douglas (Aspects of Negro Life from Slavery to Reconstruction, 1934).