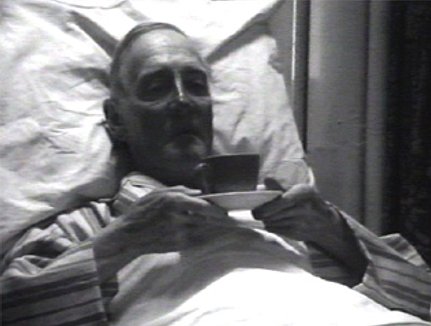 The producer believed that this film could be distributed and exhibited as a trilogy and play as a feature film and so it did. It stars Wilfred Brambell
(“Steptoe and Sons”) who plays the filmmaker’s dying self.

Terence Davies had a traditional Irish Catholic upbringing in Liverpool and he puts this to good use in this trilogy: part one, “Children” is his early bleak childhood; part two, ”Madonna and Child”, is his tortured life as a young gay man and his complicated relationship with his Mother; and part three is his demise as an old man played brilliantly by the Irishman, Wilfred Bramble. While the character is dying, he has flashbacks and unsettled feelings about his life as a homosexual.