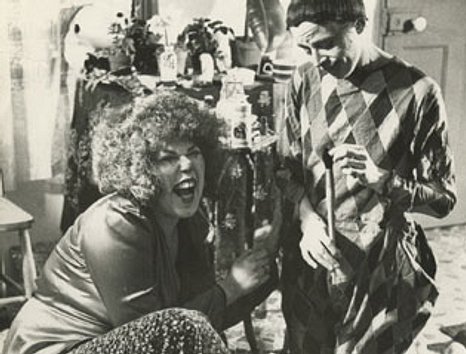 IMAGE OF AN IMAGE OF YOURSELF

At the time this videotape was produced, all television and video production was in the hands of television stations and studios. The movement at the time was to democratize the means of production by using portable equipment.

Made for the first low gauge non-broadcast format video exhibition in the UK at the Serpentine Gallery in London in 1975, this tape was financed by personal funds. This ground breaking exhibition was sponsored by the Arts Council. The subject matter of the video tape is female sensuality and how women derive pleasure from tactile contact. It was made as a response to the prevailing ideology of the time that only men could supply women with pleasure sexually by them. Well received at the time, the tape explores the myths and taboos surrounding the female body. Few women exhibited work in this show. The Director was a member of the Women’s Video Group at the time it was made.